SDCC 2014 could be the ultimate year of TV reunions The 2014 San Diego Comic-Con will likely see halls filled with fans of TV shows gone by, as several big ones will be marking their ten-year anniversary … and 20, and 25.

The San Diego Comic-Con has hosted some highly popular TV show reunions in the past. Last year we had Firefly for their 10th anniversary. This year we saw The X-Files for their 20th. They both went over really well with fans, filling up one of the biggest rooms at the ‘con. I wouldn’t be surprised if some die-hard fans of either show had traveled to San Diego for the sole purpose of seeing these panels.

I wouldn’t be surprised if some die-hard fans of either show had traveled to San Diego for the sole purpose of seeing these panels.

The question now, of course, is what show — or shows — could be filling up a hall or ballroom at next year’s SDCC to celebrate a landmark anniversary? As it turns out, there are quite a few big ones that’d fit in quite well.

Let’s start with those shows celebrating a ten-year anniversary. The two biggest ones by far: Lost and Battlestar Galactica. It’s already been rumored that Lost might have something planned for next year. I brought the subject up with Ronald D. Moore at this year’s press room for Helix, and he seems almost insistent that there be some recognition of the event (skip to 8:12 in the below video).

But those aren’t the only two shows celebrating ten years. Another biggie is Deadwood. It didn’t last very long in the air — and, hell, Firefly lasted shorter — but it had one hell of a cult following. If Deadwood was to have a reunion at Comic-Con, I have no doubt it’d go over big.

A few other shows celebrating a ten-year anniversary that might be a fit for SDCC, but probably wouldn’t fill a large ballroom: The 4400, Entourage, Ghost Hunters, House, and Rescue Me. However, I know I’d fucking love to see a House reunion. Entourage could pull it off, if they’d get that damned movie ready and use it as a launching point for it. Ghost Hunters is still on the air, so I’m not sure a “reunion” makes sense. Rescue Me … now that could be interesting, but something about it doesn’t jive with being at Comic-Con.

There are yet other shows celebrating ten years in 2014, and while some are pretty damn big shows, I’m not convinced they’re a fit for Comic-Con. Namely: Desperate Housewives, Boston Legal, CSI: NY, Dog the Bounty Hunter, The L Word, and Project Runway.

Let’s not forget shows celebrating 20 years. There are a few BIG ones: My So Called Life, M.A.N.T.I.S., and Friends. I think My So Called Life could fit in extremely well, especially if Showtime would finally bring Homeland to SDCC and give reason for Claire Danes to be there for a dual-purpose. Friends is sorta up there with Desperate Housewives: big show, but is it fit for that crowd? M.A.N.T.I.S. fits the crowd perfectly, but did it have a big enough following?

Now let’s end with shows celebrating 25 years. There are a couple of huge shows here as well: Quantum Leap, Seinfeld, and The Simpsons. Now, Quantum Leap would be freakin’ awesome to have at SDCC! Someone needs to make that happen. Seinfeld … could definitely work; I’m just not sure it wouldn’t stick out as a “why the hell is THAT show here?” thing. The Simpsons is still on the air, so a reunion, again, doesn’t make sense, although I’d be surprised if we don’t see some sorta celebration marking the occasion. A few other shows marking 25 years, though likely won’t make a peep next year: Doogie Howser, M.D., Life Goes On, MTV Unplugged, Rescue 911, and Saved By The Bell.

So, fans of the above-mentioned shows: get ready for SDCC 2014! 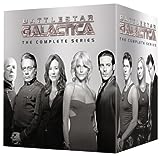