Who dies during The Walking Dead finale? Bob and Michael have some thoughts and theories concerning who the best bets might be. (Well … Bob does at any rate …)

The Walking Dead deviated from its usual M.O. in the season 4 penultimate episode. Taking a different approach, it didn’t knock off a major player for the first time in its relatively young history.

And that can only mean one thing: Viewers will be saying “Sayonara!” to someone during the season finale instead.

Because let’s face it — it’s The Walking Dead. Shocking as the deaths of Mika and Lizzie were in “The Grove,” that can’t be all the show’s producers have in store for us death-wise. Surely, someone else dies. And a big someone at that.

My TWD partner in crime Bob Degon and I believe someone else is targeted … and here’s what we’ve been bandying about:

… the only real reason that Rick would be killed off the show is if Andrew Lincoln wants out.

How about Rick kicking the can?

Michael: I doubt Rick is on the chopping block. There’s still more output from him … and I’m willing to stake that output comes in the form of a major event, not the likes of additional “Farmer Rick” tales, etc. as seen at the start of this season. Granted: Offing him would stir things up and tug at the hearts of viewers, something not out of the realm of possibility. But I just don’t see it at this juncture.

Bob: I agree from a story standpoint, but this isn’t the comic book where story is the only factor in the matter. I think the only real reason that Rick would be killed off the show is if Andrew Lincoln wants out. With the announcement that he’s going to be on the couch on The Talking Dead for the first time ever after the finale on Sunday, I think there’s a chance (maybe not a big one) that we may see the end of Rick. I doubt it though.

Are Glenn and/or Maggie riding off into the sunset metaphorically speaking?

Michael: Has Glenn become tedious? How about Maggie? I mean … they just reunited. Wouldn’t it play into the writers’ interests to have one or the other 86’d for that added bit of tragedy, as the surprise Lizzie and Carol left us with in “The Grove?” One of them exiting would certainly make that happen in grand fashion.

Bob: After seeing Maggie and Glenn finally reunite, I don’t think the writers have the balls to kill one of them off before the end of the season. Yes, even these writers. I think Glenn and Maggie are one of the few rays of hope on this show (along with baby Judith). They’re going to be sticking around for a bit longer, I think.

Michael: Beth’s ouster right now, not knowing what really became of her after she was (supposedly) kidnapped by that funeral car, would be a let down. And an outrage. Not discovering who took her or why she was taken, showing up dead somehow would simply be dumb.

Bob: Robert Kirkman has promised us in recent interviews that we have not seen the last of Beth, but he didn’t promise that we would see her again this season. I’m hoping we’ll see her again, though I’m not sure in what capacity. Her disappearance and the true nature of Terminus remain the biggest mysteries left this season.

(*Spoiler alert for non-comic readers*) I’ve seen a lot of chatter and theorizing on the boards across the web and folks have some very interesting ideas about Beth and Terminus. I wonder if the writers are toying with the comic readers. At first it seemed like Terminus was going to end up taking the place of Alexandria in the comics, but now I’m not so sure. Many believe that Terminus, instead, is going to be chock full of cannibals. Could it be possible that brunette Tasha Yar could be fixing Maggie a big plate of her sister? Egads, I hope not.

Everyone would be Up! In! Arms! if Daryl was to take a powder.

What about everyone’s favorite, Daryl?

Michael: Talk about a shocker … and something to cause an uproar even more than what happened with Mika and Lizzie and Carol! Everyone would be Up! In! Arms! if Daryl was to take a powder. Might as well prepare the angry mobs, torches and pitchforks. Then! Having Carol discover his demise. Better yet, Daryl dying in her arms! Tragedy! Angst! Yikes!

Bob: The more I’ve considered a Daryl death, the more I’m ok with it. I’m not sure if it’s going to happen, but his character arc feels a bit complete. We’ve learned just about everything there is to learn about the guy: his past, his family, his skills with a crossbow. He’s come a long way from the angry “Merle’s brother” we saw in season one. If given a heroic (or tragic) exit, it might be the right time to say goodbye to Daryl. How tragic would it be if he got caught in the crossfire of a battle between Rick’s group and Joe’s group, with Rick not even realizing he was there?

What say us about “Cough Syrup Quaffin'” Bob Stookey?

Michael: One of my bets involves struggling alcoholic Bob Stookey drawing the short stick. We got a pretty good bead on Bob a few episodes ago, finally drawing us closer to him with the revelation of some of his back story. So now might be the perfect time to take him out of the picture. The ‘ole “bring’em-in-then-take-him-out-quick” bait and switch to elicit a reaction. I can see that working just fine — enough drama to make us feel for the dude, but not so much as it would be for some other major character.

Bob: Yeah, the dude just screams “zombie fodder,” but this finale is shaping up to be fairly walker-free. I say that now, though who knows what really lies in store. It may end up being a quieter finale than we have grown used to … at least for those that have already walked through the eerily unguarded gates of Terminus. Bob seems expendable, though.

Surely Tara and Sasha could be in the mix … right?

Michael: We don’t have much on these two. We delved into Sasha somewhat, but Tara not that much. Either are throw away characters in my book with little investment in either of them. I’d be good with one or the other hitting the road. Of course there would be more heartache on Tyreese’s part with Sasha being his sister … and Tara’s fall would make it easy on Glenn feeling guilty about revealing who she really is with relation to “Brian” (The Governor).

Bob: Yeah, two more expendable characters, but I’m not sure I would read too much into that, unless the episode is going to end up a blood bath. I think there are stories left for both of these characters, especially if Sasha and Tyreese are reunited and her relationship with Bob continues to flourish.

Having Tyreese killed at this point after the events of “The Grove” seems rather wasteful.

Michael: Having Tyreese killed at this point after the events of “The Grove” seems rather wasteful. There’s no punch there. He barely has any skin in the game … so I think he’s clear.

Bob: Tyreese is safe. There’s too much potential with the character. He’s a huge fan favorite from the comics who was introduced late. It’s going to be fun seeing him in some of the storylines that he wasn’t a part of in the books.

Could it be Michonne?

Michael: Given her back story, her tragedies, her pain and suffering all around and recent joys with Rick and Carl, Michonne is a good bet to make the grade … or grave, rather. She would be a big enough kick in the gut to viewers and characters alike. Not as big as a Daryl or Glenn or Maggie, but there would be impact there …

Bob: I feel like Michonne is completely off-limits at this point. She’s a huge fan favorite from the comics and we have barely scratched the surface of the character on the show. Her death would annoy me greatly. Probably just as much as Dale and Andrea (who I thought left before their time).

I would be shocked if we ever saw Carl die. The smart money is never going to be on Carl, regardless of how annoying he is.

Could Carl be considered in the mix?

Michael: There’s a large enough contingent of fans who would like to see Carl given the heave-ho just the same as there were for his mother Lori last season. There’s a good chance that could happen.

Bob: Doubt it. I would be shocked if we ever saw Carl die. The smart money is never going to be on Carl, regardless of how annoying he is.

And then there are newbies Abraham, Rosita, Eugene …

Michael: I don’t see any of them exiting stage right. No emotional impact, simply no good reason they should go. There’s nothing invested with any of them. So … what would be the point right now?

Bob: They’ve got to get Eugene to Washington! They’re going to save the world!

Okay, readers … your turn. Think anyone is getting the shaft on the finale Sunday? Chime in and let us know. 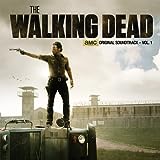 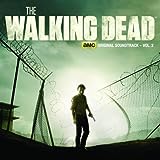 3 Comments on “Who dies during The Walking Dead finale?”