Psy, electropop sensation and international phenomenon, reigns YouTube with over 221+ million (yes … million) views and 2+ million “likes” with his hit single “Gangnam Style.” Does he compare to other notable sensations?

I have a challenge for you. Think about this for a moment:

Can you name an artist who has transcended cultural barriers, who writes, produces and records his own material, who has created a dance phenomenon craze courtesy of a massively popular tune and done it in a foreign language? And just for the fun of it, let’s toss in ultra-popularity as an added bonus. Ready? Go. Hit me with your best shot.

I’ll toss out a few to get the ball rolling to see if there’s any comparison:

Park Jae-sang (better known as “Psy”) is all of these. Boston University and Berklee College of Music taught, this South Korean is a phenomenon in the Korean pop circles, regardless of the fact he rather shuns — and is a polar opposite of — the K-pop brand. Not only comedic in his performances and videos, he wasn’t the perfect child by any means and has had a bit of a checkered past.

… whereas it might sound typically cheezefest on a first listen, the song is infectious and can become an earworm rather quickly.

Is Psy a one trick pony? Not overseas. He’s been popular there for more than a decade. While rather unique, “Gangnam Style” might still position Psy in the novelty section as his only hit here in the states. And whereas it might sound typically cheezefest on an initial spin, the song is infectious and can become an earworm rather quickly.

By the way: Did you come up with any artist who falls into the categories I listed above? I didn’t think so. 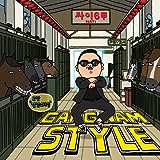 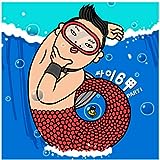